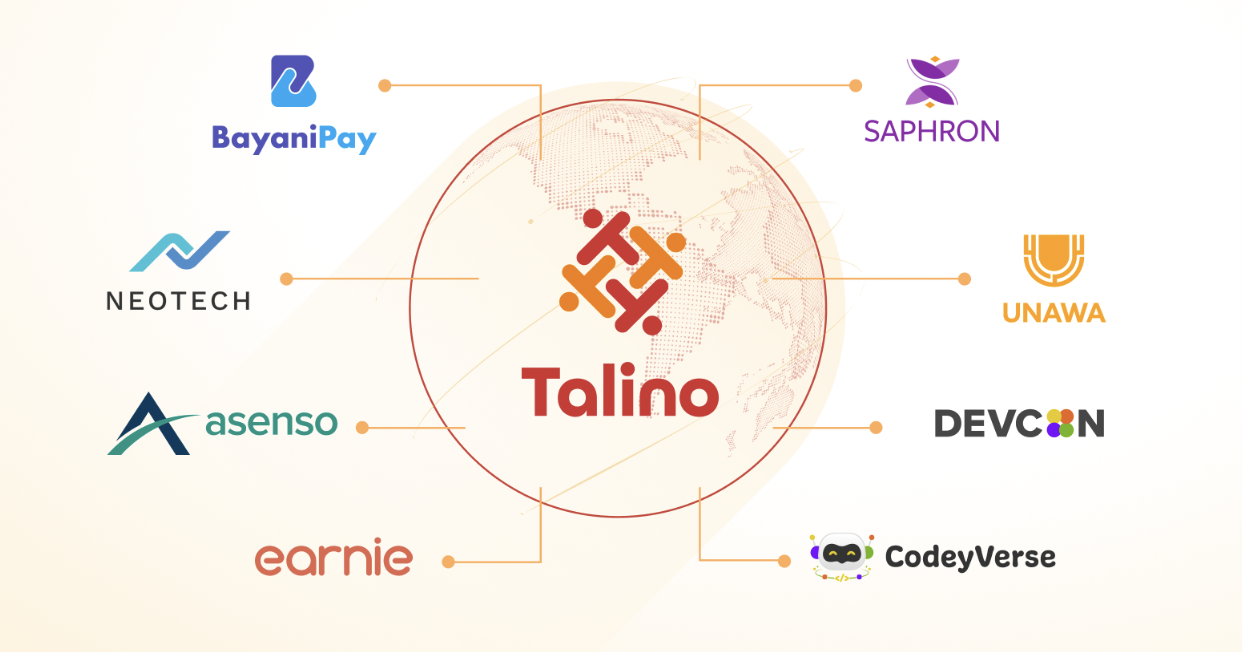 We’re just halfway through the year, and Talino Venture Labs hasn’t just met its targets–it’s exceeded them, too!

Valuation and revenue have continued to grow, as well as the Talino team itself. Talino’s portfolio and assets grew by over two hundred percent (200%) during the first half of 2022. Parallel to this, it has welcomed 29 new members, the team is now 58% female, split between PH and US offices.

Key to Talino’s growth has been the expansion of its portfolio, each with their own highlights.

Asenso, a working capital marketplace for small US-based businesses, just closed Wefunder crowdfunding at $338,538. It’s a key development towards the startup’s goal of bridging small businesses to community banks and CDFIs, getting them the capital that they need at affordable rates.

Asenso has also closed an LOI with the National Asian American Coalition (NAAC) Finance to process $50 million worth of loans. It’s a huge step towards the startup’s goal of making working capital accessible to small businesses that need it the most.

Another startup that continues to grow is BayaniPay, which provides borderless banking for Filipino workers in the US remitting money to the Philippines.

The platform has seen a 40% increase in users, with $1.5 million processed just between April and June. As of April 2022, there are now 4,000 BayaniPay users who have remitted more than $3.5 million.

It’s a growth that reflects the platform’s continued expansion, with the launches of the Easy Digital Checking Account feature, the Payroll Pilot Program, and BayaniRewards, as well as its expansion to three other states–New Jersey, Hawaii, and Alaska.

On the heels of BayaniPay, another startup that’s raring to kick off is earnie. Instead of Filipino workers in the US, earnie aims to serve global remote workers outside the US who work for US companies.

earnie is currently entering its crowdfunding phase and working towards 1,000 initial sign-ups.

As part of the Talino universe, DEVCON has been providing 40,000 geeks–from students to entrepreneurs and freelancers–with a space to foster local growth in software development.

This May, the Department of Information and Communications Technology (DICT) recognized DEVCON for its Tech4Kids coding bootcamp. Focusing on access and safety, Tech4Kids was organized in celebration of the 2022 International Girls in ICT Day.

As the dust settles from what has been a tremendously challenging and rewarding first half of the year for our venture studio, it’s important for us to take a moment and appreciate how deep we have planted the fundamental foundation of our very existence—our corporate mission to solve the global financial inclusion gap.

With that, we officially took the “Pledge to Los Angeles” and formally joined the PledgeLA venture and technology community which holds members to the highest standards of social impact accountability.

To complement that, we became proud partners of LAVA, the Los Angeles Venture Association, the nearly four decades old highly-esteemed non-profit organization that was inspired by Robert Redford in the 80’s. Currently, LAVA is undergoing massive revitalization by its new Executive Director, Darren Eng who has chosen Talino’s own leadership teams to support his efforts to build a thriving startup and venture ecosystem in the greater Los Angeles Region. Talino’s CEO & Founder, Winston Damarillo will lead the LAVA Web3 and Fintech Communities alongside President of Asenso, Keny Chang as Co-Chair for Fintech, while Head of Corporate Development, Raphael John Oriel will lead Talino's ventures with LAVA.

From establishing ourselves as a partner of the Los Angeles Economic Development Corporation and its SelectLA Investment Summit last year, Talino Venture Labs is now at the forefront of innovation and inclusion in the entertainment and culture capital and one of the biggest economic powerhouses in the world—LA.

There is no greater evidence of this than Talino’s presence at #LATechWeek. Apart from our participation in LAVA events, Winston was also tapped as speaker and one of three judges at the Startup World Cup, which gave competing startups the opportunity to win $1,000,000. Talino also took centerstage with its own event, a well-attended and highly anticipated discussion with investors and innovators on the business opportunities of Web3.

That’s a wrap for the first half, and we can’t wait for what the rest of the year has in store.

Invest in financial access for the world’s underserved and underrepresented.